Touching the Void by Joe Simpson 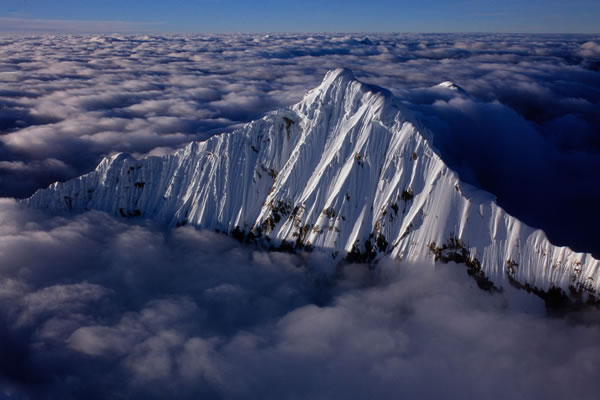 Touching the Void is a book I recently read for the first time and was the first book in a while that I read continuously, without putting down. A nail-biting account of mountaineer Joe Simpson’s terrifying encounter with death in the Peruvian Andes, hundreds of miles from help.

In 1985, 25-year-old Joe and his 21-year-old climbing partner Simon, successfully summited the previously unclimbed west face of Siula Grande, a sheer block of a mountain that to the untrained eye, looks completely inaccessible. On their way down, a short slip turned into disaster, when Joe broke his right leg, and smashed his tibia through his knee. Rapidly running low on food, water and fuel, both men recount that they knew this could mean death for one or both of them. Joe candidly discusses his awareness that Simon will at some point be forced to make a decision to leave him to die on the mountain face.

900 meters directly below them is the relative safety of a glacier, and a short trek back to base camp where a third friend is waiting for them. Simon opts to stay with Joe for as long as he can, and by tying together their only ropes, they create a system of lowering one another down the sheer face of the mountain. Joe’s leg is in agony, and he passes in and out of consciousness while he is lowered down, only regaining his strength to hold Simon’s entire body weight when it is Simon’s turn to be lowered. The harrowing description of this hellish decent, in itself would be enough for a novel, but the story is only just beginning.

In worsening conditions and with night falling, Simon accidentally lowers Joe off the edge of a cliff. Joe becomes trapped, dangling 90m below Simon. Unable to see or hear his partner, Simon is forced to hold Joe’s entire weight while Joe tries to climb back up the rope. With severely frostbitten hands, Joe is unable to move, and Simon is unable to haul him up. Time passes until Simon is inevitably forced to make the ultimate decision to cut the rope, letting his friend fall to his death.

Against all the odds, Joe survives a 46m fall and lands on a small ledge in a crevasse. From there, his only option is to crawl deeper and lower into the crevasse, hoping to find a way out. Joe spends three days with no food and practically no water, hopelessly hobbling and crawling just five short miles back to base camp. Meanwhile, Simon has returned to base camp with the news of Joe’s death, and work begins to pack up the tents and return to civilisation. The gripping story unfurls, detailing Joe’s labours back across the glacier, set against the context of Simon’s movements to say farewell to the mountains and return to the city. Finally, as we know he must, Joe arrives at camp with just moments to spare before he would have been abandoned on the hillside. Simpson’s survival is regarded in the mountaineering community as one of the most remarkable instances of survival against all the odds.

This book really resonated with me, as the intensely visual descriptions of the mountain scenery, the harrowing accounts of both men’s emotions, and the chillingly candid descriptions of the injuries, the frostbite and the seeming impossible situations, all combined to create a gripping story that will make the hair on the back of your neck stand up. I couldn’t guess at the number of times I had to consciously unclench my jaw while I was reading, only to find it locked tight again just a few moments later.

The psychological trauma of having to make the decision that Simon did, and the way in which Joe fully accepts it – never assuming there was another option or accusing him of making a wrong choice. It was the only choice to make, and Joe and Simon create a compelling depiction of friendship – discussing the limits to which you’ll go for your friends.

In an interview many years later, Joe comments that the reason he thinks his book became so popular, was due to the ‘myth of the returning warrior’. Beowulf, Harry Potter, even the story of Christ, have elements of the hero going away to a challenging place and then coming back against the odds. More than just being an adventure story, this story is a tale that can be read and applied to all challenges in life, even a challenge as seemingly simple as those we face now in our own homes.

Joe quotes Mike Tyson in this interview; ‘Everyone has a plan until they get punched in the face’. By enduring this terrible challenge, Joe rises up stronger as a result. After being told he’d never walk again, he continued climbing, but he also was granted the luxury of being able to choose to quit. He says that if he hadn’t injured himself, he would have attempted more and more dangerous climbs, and only would have stopped when he killed himself. In 2009, Joe sat atop a Himalayan peak and looked across at Everest and made the decision to never climb again. He lives happily now with his wife, leading a comfortable life as an author. As a direct result of this seemingly life destroying moment, Joe is given the second start at life he didn’t know he needed.

Perhaps during this trying time, we can learn from Joe’s encounter with the void. By dropping into the unknown and facing a seemingly unsurmountable challenge, we can start anew, and rise up stronger. And perhaps our lives will take a completely different course as a result.