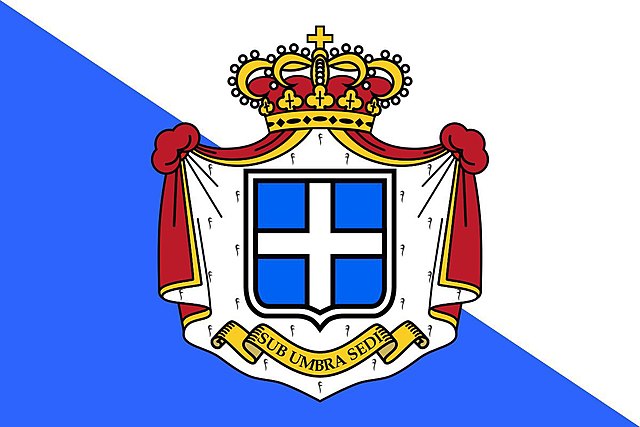 Did you know theres an independent state entirely surrounded by Italy? And no it’s not the Vatican City. And it’s not San Marino either.

The Principality of Seborga is a 14 km2 micronation located in the north west of Italy, close to the French border and only about 35km from the more famous micronation of Monaco. The principality is restricted to the territory occupied by the town of Seborga and has a population of just below 300 people.

The story of its foundation is an intriguing one. During the Middle Ages, the town of Seborga had been owned by the Counts of Ventimiglia. Ownership was later transferred to a Benedictine monastery, and in 1079 the Abbot of that monastery was made a Prince of the Holy Roman Empire, with temporary authority over the Principality of Seborga.

The independent principality was then sold to the Savoy dynasty (the former ruling family of Sicily) in 1729, but crucially, the sale was unregistered by its new owners. Seborga was again overlooked in 1815 when the Congress of Vienna redistributed European territories after the Napoleonic Wars. There is also no mention of the Principality of Seborga when the Kingdom of Italy was united in 1861. Seborga had quite literally disappeared from the pages of history.

This was until 1963, when a Seborgan named Giorgio Carbone discovered documents in the Vatican archives proving that the sale of Seborga had not been registered in 1729. Seborgans claimed independence, stating that if the sale was never fully completed, the city by default would return to their prior state as a self-governing Principality. It’s a strange loophole, but it has placed Seborga into a legal twilight zone.

Carbone assumed the style of His Serene Highness Giorgio I, Prince of Seborga in 1995, and ruled until his death in 2009. The monarch of Seborga is decided by an election every seven years, and as of November 2019, Nina Menegatto has been ruling as Princess of Seborga.

Italy has long been mocked for their marked lack of women in high level politics. Perhaps a trailblazing micronation such as Seborga, led by Princess Nina might be responsible for subverting the norms, and encouraging Italy to follow suit.