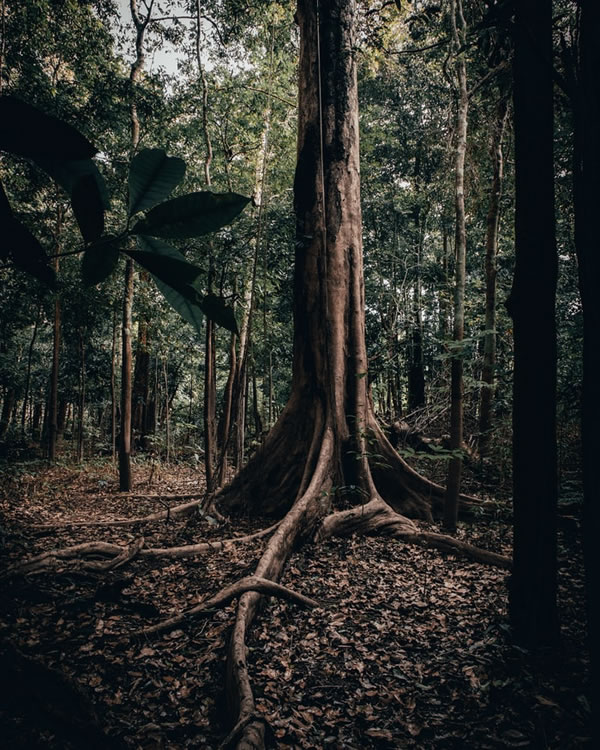 The Amazon is the topic of a million school projects, a thousand charity fundraisers, hundreds of government deals and treaties. People around the world are familiar with this vast rainforest ecosystem and the exotic animals that dwell there. But how familiar are we with our fellow human inhabitants of the jungle?

The Amazon spans a mindbogglingly vast area of two and a half million square miles. It is the world’s largest rainforest, extending across nine Latin American countries. If the Amazon were a country, it would be the ninth largest in the world, just behind Argentina. Perhaps unsurprisingly for such a huge space, some 21 million people call the rainforest home.

Within that number however, it is estimated that there are approximately 50 distinct tribes, which have not yet made contact with modern civilisation.

Until the 1970s, Brazil’s default position was to assimilate or rehabilitate anyone who lived on commercially viable land. This was followed by an abrupt (in political terms) u-turn when they set up the Fundação Nacional do Índio, or FUNAI in the 1980s. FUNAI has a specific ‘Isolated Indians’ department that was created in order to protect the land of indigenous peoples, and the communities who live there. That doesn’t mean necessarily making contact with the people under their protection. In fact, their policy is to make contact only in cases when their immediate survival is at risk. Instead FUNAI simply demarcates and protects their land from invaders such as loggers, slash and burn farmers, hunters, and the occasional missionary.

Time and time again, outside contact has resulted in disaster and decimation for previously uncontacted tribes. People living in natural isolation have had no chance to build up the natural immunity to common diseases such as colds and flu, so they are incredibly vulnerable. It is not unusual for 50% or more of a tribe to be wiped out within a year of first contact. They will succumb to diseases as simple as measles and influenza. The Matis tribe of Western Brazil (also known as the Jaguar People) were first contacted in the mid 1970s, but by the early 1980s over a third of the population had been wiped out by western illnesses, including all of their shamans who were responsible for passing on oral traditions.

So uncontacted certainly doesn’t mean undiscovered. There are tribes across the world who have decided to remain isolated (famously the Sentinelese people in the Indian Andaman Islands who are known for killing and burying anyone foolhardy enough to venture onto their island). Uncontacted tribes may also have occasional hostile contact with neighbouring, contacted tribes. They are aware of a society around them, and society in turn is aware of their rough whereabouts. But uncontacted peoples have the inalienable right to decide whether or not they wish to continue life in isolation or not. They can only survive if their land is protected, and they are allowed to live in peace, free from fear. Contact should only happen when the isolated peoples decide they are ready to reach out.

One of the most intriguing people under the protection of FUNAI is known as ‘the Man of the Hole’, or occasionally, ‘the loneliest man on earth’. First spotted in 1996, it is assumed that this solitary tribesman is the last surviving member of a community who were massacred in a clash with ranchers or loggers in the 80s or early 90s. It is not known what language he speaks, or what tribe he was a member of, but he roams a protected area of 42.5 square miles. The Man of the Hole is aware that he is monitored by FUNAI although he chooses not to engage with them. The agency occasionally leaves gifts of tools and seeds for him which has developed into a fragile bond of trust. Although the Man was attacked by gunmen in 2009, he seems aware that the agency is not a dangerous entity, and he has sometimes signalled to observers to avoid pitfalls he has dug as defences, or perhaps to trap animals.

The Man of the Hole gets his curious name from the deep, narrow holes he digs in each of his temporary palm leaf huts. It is unknown whether this has a spiritual significance, or whether the hole is simply for him to hide in. The Man is estimated to be in his 50s now, and in good health.

Sometimes, contacted yet isolated tribes choose to move in and out of contact. In 2009, members of the remaining Matis tribe located nine survivors of a plane crash near the Ituí River in the upper Amazon Basin, and then contacted the Brazilian Air Force to arrange for their rescue.

Other tribes are less charming, such as the Arrow People. This is an uncontacted tribe who rebuff external interference with a volley of four feet long arrows, fired from vast ballista-like bows. However, regardless of their likeability, all of these tribes require the same level of protection. Bruno Pereira, the director of the Isolated Indians department at FUNAI said in an interview; ‘The more the public knows and the more debate around the issue, the greater the chance of protecting them and their lands. With the agricultural frontier, and other activities like mining and logging advancing in the Amazon, these people could disappear before the public even knows they exist,”