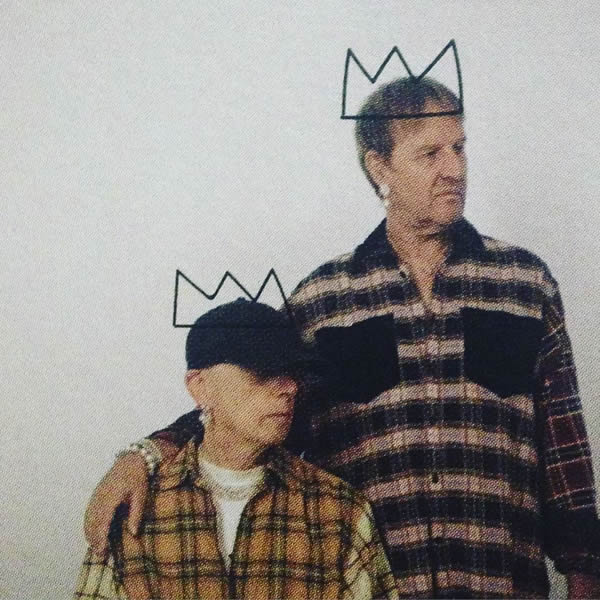 If you’ve ever crossed an international border, you’ve visited the country of Elgaland – Vargaland.

When you pass from sleep to wakefulness, you will go via Elgaland – Vargaland.

When you die, you automatically become a citizen of Elgaland – Vargaland.

Elgaland- Vargaland has embassies in seventeen different countries, and according to their official website, “Elgaland-Vargaland is the largest – and most populous realm on Earth”.

So why has nobody heard of it?

The micronation (also known by its acronym KREV) occupies all boundaries between other nations, as well as digital territory and other states of existence, such as the hypnogogic state, and limbo. Every time you travel somewhere, and every time you enter another form, such as the dream state, you visit Elgaland-Vargaland. In 2007 they annexed Isola di San Michele, an island cemetery in the Venetian lagoon.

KREV was proclaimed in 1992 by artists King Carl von Hausswolf I and his friend King Leif Elggren I. The decision to form a country was a conceptual art choice, in reaction to the continued existence of Sweden’s monarchy. The Kingdom has a flag, a national anthem, a constitution and they can issue passports (although when a delegation attempted to travel to Estonia from Sweden on the 10th anniversary of the country’s birth, they had their passports confiscated and they were returned to Sweden the next day).

The constitution outlines the Kings as the personal models and Ideals of all citizens, and grants the monarchs autocratic, dictatorial and unrestricted power. The twin aims of the Kingdom are for its paradoxical self-destruction and expansion. It desires to one day transcend the physical plane and exist in a purely digital and mental form, after all other physical countries of the earth are united in a single state (thus eliminating Elgaland-Vargaland from the map). The paradox comes from the necessity of the repeated fracturing of existing countries, until all global states are the exclusive territory of single individuals. Which confusingly, would exponentially expand the territory of KREV…

The constitutional rights of the country’s citizens and inhabitants are far simpler. They are permitted to exist in all territories, hold dual citizenship, interpret the constitution at will to benefit the state and citizens. And they are entitled to eternal life…

If you founded a micronation, what rules would you put in place? Would you be a benevolent leader, or a dictatorial tyrant?