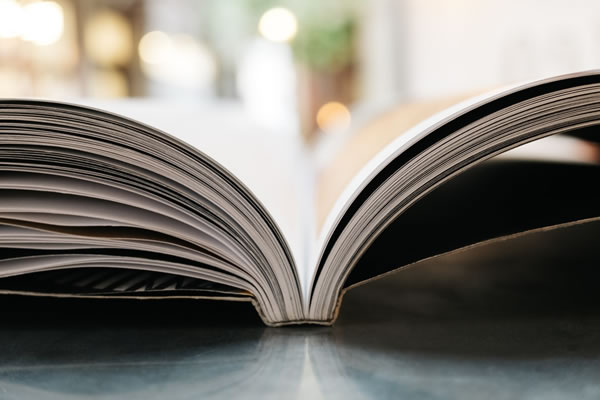 Imagine seeing your life, and your travels as a story that unfolds before you. You are the author. You are also the main character.

What travel story would you write for yourself?

You have total control of the plot. There might be some unexpected bumps in the road, or there might be moments where the hero must face a trial to rise up stronger. You might need to inject a little sadness or struggle to keep the story from becoming too saccharine and unreadable. But overall, the story is yours to write as you wish.

You should set goals and aims for your character. And just as in real life it’s possible that these aims won’t be achieved. To ensure that your goals are as realistic as possible set them clearly. Frame them in such a way that the steps towards realisation are as well thought through as possible.

Instead of setting the goal, “the character wants to travel to make them happy”, you could make it more specific.

“The character wants to travel to rediscover their passion for painting, which in turn will make them happy”.

That is a goal that can be realistically achieved and will give tangible results.

Don’t be afraid to step back and re-evaluate the goals as you go. Think flexibly. Keep a growth mindset. Try reframing a perceived failure in terms of success.

Perhaps on their travels to re-spark their interest in painting, they realise that actually the flame is dead. It was never really painting that they loved. It might have been their painting class, their friends, the creativity of splashing around with colours or simply being able to paint outside in the garden.

You haven’t failed in your objective if during your story, the final goal changes. You’ve simply achieved something else than what you set out to do. You’ve learnt a little more about yourself, about the character. You are rewarded for your mistake by being granted the opportunity to set a more specific target.

The psychologist and author, Robert Biswas-Diener, gave a Ted Talk explaining that the number one mistake that people make in the pursuit of happiness, is assuming that the happiness is ahead of them. They try to put in place plans or make changes that will guarantee them happiness. But the future is uncertain. He argues that we can’t control it. He points out that the guaranteed happiest days of our life, are behind us.

We can remember those happy days, and they can bring us the same joy years later. Is that something that future happiness can do? Of course not.

The reverse is also true. We can remember the unhappy times, and we can learn from them. Perhaps something in the early days of your life or travel story didn’t go quite to plan. Perhaps you made a mistake, or an error of judgement. You failed in some way.

A study conducted by Harvard psychologist Ellen Langer was reported by Todd Kashdan in his book, ‘Curious’. Langer created a situation where she identified a common fear – the fear of public speaking. She then encouraged participants in her study to intentionally make a mistake while presenting to an audience.

The result was intriguing. The participants who made a deliberate mistake enjoyed making their presentation more. They were also rated as better public speakers by the audience. This study suggested that simply acknowledging that mistakes happen, might not be a radical enough position. Perhaps to achieve great things, we must actually embrace them.

By reframing our travel failures in a positive light, we could learn from them. We could of course learn what NOT to do next time, but we could also learn how our mistakes led us to the next great thing. Perhaps a mistake as simple as getting lost could be reconsidered.

Getting lost while attempting to go somewhere specific is normally infuriating. Wandering through unfamiliar city streets, asking unhelpful passers-by if they could help, watching the clock tick past the time you were supposed to be there.

Perhaps you’ve had this experience?

Perhaps with the frustration of that memory, you’ve forgotten something. The gorgeous tea shop you’d have never discovered if you hadn’t given up and stopped for a drink. The friendly local who eventually went out of their way to lead you to the right place. The feeling of achievement and success when you eventually found what you were looking for.

Suddenly a negative experience, becomes a positive one. It’s about framing it in a way that best allows you to learn and grow from mistakes. On a more tangible level, perhaps you learnt not to allow a certain family member to be in charge of directions!

By travelling, exploring, setting aims and failing, we learn and grow. We add new layers of meaning to our life and travel stories, experience new things and meet interesting people.

Someone who has written a great deal on failing, mistakes and the mistakes of our education system is R. Buckinster Fuller. The last words are his; “We were deliberately designed to learn only by trial and error. We’re brought up, unfortunately, to think that nobody should make mistakes. Most children get de-geniused by the love and fear of their parents - that they might make a mistake. But all my advances were made by mistakes. You uncover what is when you get rid of what isn’t.”