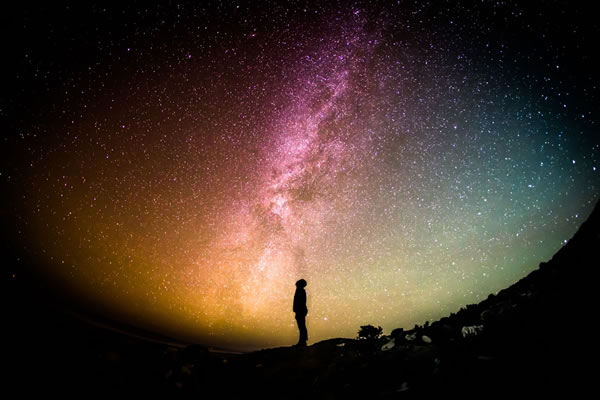 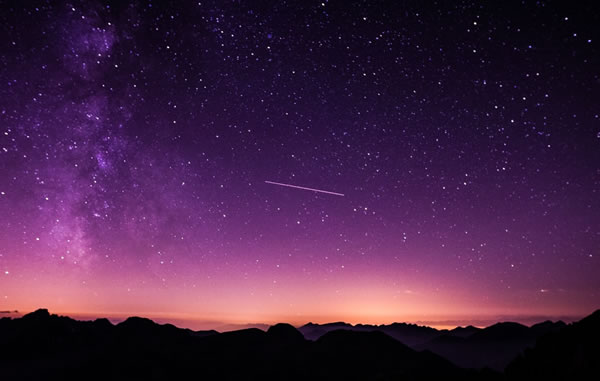 With the current lack of air traffic, and emissions down globally, now is a brilliant time for a spot of star gazing!

Brilliant to keep kids busy, as well as being fun for adults, we recommend grabbing some blankets and a hot drink, and heading out to your garden, balcony, or even just an open window.

On a clear night in some parts of the UK, we could see as many 2,000 stars overhead, and the Milky Way. Further north you might be able to catch Northern Lights, and around the world you have a chance of seeing the International Space Station zipping past at over 17,000mph. The ISS appears as a bright moving object moving extremely quickly across the night sky - it takes about one minute to cross the visible sky. You can track the location of the ISS by visiting NASA

What Can You See?

There are eight planets in our solar system and five are bright enough to be seen without a telescope. Venus is most obvious, and you will see it most clearly just after dusk and shortly before dawn. Mars is also easily spotted by the reddish colour. Planets can be distinguished from stars as they emit a steady glow, rather than twinkling like a star.

Stars are balls of gas that emit a huge amount of light and energy as they undergo intense nuclear fusion. Our nearest star is the Sun, which is approximately 93 million miles away. You can tell the difference between old and young stars, as the new stars are white. Older stars which have had time to cool down, appear red.

Constellations are groups of stars which form a pattern. Officially there are 88 recognised constellations, but every ethnic, cultural or tribal group will have their own historic stories and images that have been passed down. The constellations are primarily known according to their Greek and Roman names and stories, but around the world they will have different names. For example, the Ha’amonga constellation was identified in Tonga by ancient Polynesians and used to navigate the ocean at night. In the West, we would see this constellation as being a part of Orion.

Comets are different to meteors as they are quite rare. Similar to a dirty snowball, a comet is made up of dust and frozen elements and compounds, like water, carbon dioxide and ammonia. The trail you see behind them is gas and dust shedding away from the main body, and burning up. Roughly only one comet per year is visible to the naked eye.

The moon is our closest celestial neighbour at around 238,800 miles away. A moonlit night isn’t ideal for star gazing, but provides an interesting subject for nighttime photography, or a backdrop for a night of storytelling. If you have children, why not make it a nightly ritual to track the location and size of the moon over the course of a month?