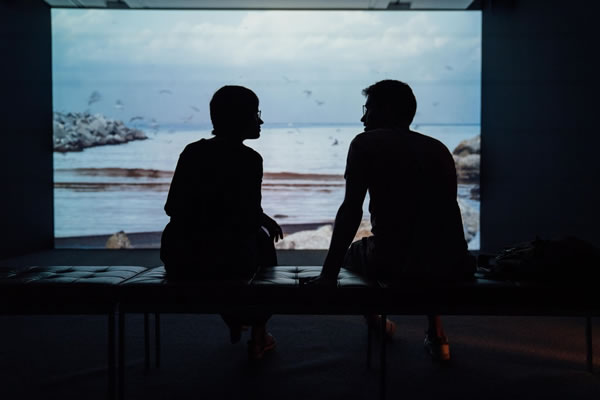 We’re always looking for inspiration in the most unusual places. Perhaps something as simple as a train ride through the countryside, or an intriguingly designed doorway at a hotel could spark a whole host of new ideas for our clients.

Television and film are a rich source of inspiration, and ideas can come from the most unlikely places. Feran Adria’s ‘Cooking in Progress’ documentary on Netflix, documents what goes on during the six months of a year that the famous El Bulli restaurant closed its doors. The chefs used this time to design new and bewildering taste combinations, ready to showcase over the next six months.

At our suggestion one client watched the documentary and, inspired by the programme started planning her travels further in advance. She also thought more conceptually about how she might spend her travel time. Usually she was a last-minute list-ticker traveller. However, after seeing the obsessive ideation and levels of care and attention that the Adria’s team put into conceiving, testing and planning their menu, she was inspired to put the same care and attention into her valuable vacation time.

Television and film can really help broaden our perspective on what travel can do for us. We can learn a certain amount by sitting in front of a screen, but we can also be inspired. Inspired to learn more. To see more. Most importantly, to interact with new communities in person and meet new people.

Someone we find endlessly inspiring is Louis Theroux. Louis is a British documentary film-maker who is renowned for his ability to get to the core of a complicated issue. He has covered topics ranging from plastic surgery addiction in LA, to drug abuse in Texas. Scientology, big cat ownership and African hunting safaris have all come under his microscope, and the results of each documentary are enlightening, educational and almost entirely without judgement.

Louis has a brilliantly neutral persona which allows him to get the most out of each of his interactions. He is often working in a high-stress environment, and with complete strangers. The question is, could we apply his approach to help people to travel better? Out of curiosity, we broke down his techniques.

Non-verbal leakage is something everyone does. These are the micro-expressions and involuntary reflexes we make as we respond to communication. By consciously restricting your facial and hand gestures when speaking with someone on a tough topic, or a topic on which you feel you’d have opposing beliefs, you provide a blank canvas to which others can speak without judgement. This will allow the person to go further in their explanation than if they detect your disbelief or disapproval.

Personal space and permitting the person you’re speaking with to feel at ease is also important. If possible, it’s best to stand well back, try not to gesture with your hands, and allow them time to speak. This is particularly valuable when you are communicating with someone using a second or even third language. Allow the person you are speaking with to feel like the dominant conversationalist, and you will benefit from their confidence and camaraderie.

Finally, playing dumb can sometimes be a helpful tool to learn more. Asking a really simple question might allow you to find out a different viewpoint, or to discover something new to the story. Also, by allowing the speaker to assert themselves as an expert, they will be more confident and open to answering higher-level questions.

Having identified a few of Louis’ interview techniques, we thought we’d test them. We briefed one of our top guides to try a few methods on his next tour – taking some Brown + Hudson clients around Ghats in Varanasi.

India’s most holy city is a place where many people come to die or are brought after their death to be cremated in the traditional riverside pyres. After the open-air cremation, their ashes are scattered in the River Ganges. It can be an unnerving place for Western travellers, unused as we are to such an open culture surrounding death. It is not uncommon to see the deceased being carried through the streets, or even spotting a coffin going through an airport bag scanner. To fully understand the philosophy and traditions of this historic city, guides need to be extremely receptive to their client’s emotional cues.

By applying our new questioning technique when introducing our clients to market stall owners, crematorium workers, priests and devotees, we hoped to allow them the space and tools to develop a deeper and richer understanding of this fascinating city. And it worked. Our clients reported that they felt an unexpected connection with the people they met on their travels. They couldn’t put their finger on how it happened but praised their guide for his easy attitude with the local people, how he quietly seemed to bring out the best of in each interaction.

It was a small change, but an important one. So now we ask each of our docents, guides and experts to share these insights with our clients to ensure that every conversation is the most fruitful possible.