Lessons from the Sandbox: What luxury travel should learn from gaming to thrive and survive 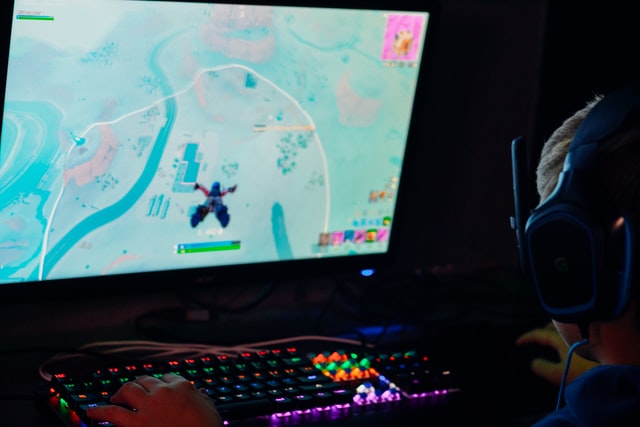 Games are designed to be addictive, and to keep offering more and more. Sandbox games such as Skyrim and Grand Theft Auto have proved to be perennially popular, as people can escape into them for hours at a time, finding new experiences at every turn.

All games need to have a challenge. The aim is clearly defined, and the steps towards achieving that aim are logical and can be figured out. Even something as seemingly formless and open as Minecraft still has aims, whether that’s to build a mansion, raise a farm, or just go exploring with friends.

Sometimes travel can feel like a game. There’s the puzzle of fitting logistics together, the excitement of reaching your destination, the exploration of something unknown. The prize is the feeling of pleasure and satisfaction you gain, and the lifelong memories you’ve formed by the end. But often holidays lack an aim, or a target. We could easily make our travels more fulfilling by introducing that simple element.

The co-operative element is also an important element of game play. Online gaming is huge, and people around the world can join together on a variety of platforms to socialise, play against one each other, or join together in teams. It’s not unusual for gamers to have online friends they’ve played with for years that have never met in person. A former housemate of mine hosted a party for his online gaming friends, and for the first time in their entire seven-year friendship the group from England, Norway, Ukraine and the US were finally united in real life – in Paris. They have since gone on to visit one another in their home countries, so virtual or online gaming friendships can open doors to real-life travel.

Virtual reality headsets are a valuable new technology that allow people to be transported to different worlds. Viarama is a company which focuses on adding joy to the lives senior citizens who are receiving palliative care. Using headsets and Google Earth VR, people in nursing homes or hospices are taken on journeys that they never thought were possible. The company enables those who cannot travel to virtually travel back to the place they got married, or where they grew up. Another VR company focuses on making exercise more fun. Anyone who needs additional encouragement to work out can log in to the virtual world, and cycle or row through beautiful scenery – certainly more interesting than watching the gym wall from an exercise bike.

French video game giant, Ubisoft have recently tapped into this desire to mingle the gaming world with the physical world. Their immensely popular game series ‘Assassin’s Creed’ is well known for transporting players around the world. Their highly accurate maps including Venice, Rome and Paris. The maps are so accurate that after the fire that devastated Notre Dame cathedral in 2019, Ubisoft offered the blueprints of their gamified replica as a highly detailed model to use for the renovations.

At the time of writing, Ubisoft’s most recent instalment brings players to Ancient Egypt where the usual challenges and tasks exist. However, where they have branched out, is that alongside the usual game, they also offer the ‘Discovery Tour’. This is a separate map with no plot, no conflict to avoid. It is an educational mode of the original game, allowing gamers to explore and discover their virtual world. This is history, up close and personal.

For those who may never get the opportunity to travel, Assassin’s Creed Discovery Tour is a sea change for the gaming industry and the community that supports it. Players can now explore places that they’ve previously been unable to access. And this isn’t entirely philanthropic of Ubisoft. By creating a conflict free and educational map, suddenly gaming has been opened up to everyone – not just those who love to play, but those who’ve previously been uninterested.

So, if video games are crossing into the realms of travel industry, is it time we take a look at what the travel industry can learn from gaming? Can travel tap into the same ‘happy hormones’ that lock gamers to their sofas for hours at a time? By gamifying travel, making travel virtual or at least learning from gaming, could we make the reality of travel even more engaging for those who already travel, and less impenetrable to those who don’t? Our concept The Great Game certainly applies numerous insights from our research into gaming to provide a compelling, fun and educational real-life 14-day in-country escape-room experience.

An experiment in Australia showed that when humans interacted with highly developed AI bots, the clients often wanted to maintain a relationship with the bot after the experiment was complete. This suggests, that just because something isn’t ‘real’, it doesn’t mean it lacks value, or that we can’t feel emotions towards it. The virtual realm is becoming so prevalent and important to humanity, that it can’t be discounted as something that ‘gamer nerds’ do in their basements.

Perhaps companies such as Ubisoft and Viarama have shown us the way already - the future of travel lies in the gaming industry. Travel will need to look very different in the coming years, as we reduce our carbon emissions and cool the planet. Perhaps three or four international holidays a year might be replaced with just one or two, but that doesn’t mean we can’t still virtually travel year around. As technology develops, it might become more normal to virtually pop for a tour of the Vatican or spend a few hours on safari in South Africa. Virtual travel can take us to places that are restricted (trekking with Mountain Gorillas in the DRC) or they could even take us to places that are impossible (walking on the surface of Mars).

Industries must learn from one another to develop, and it looks like the travel and the game industry increasingly benefit from each other in years to come.