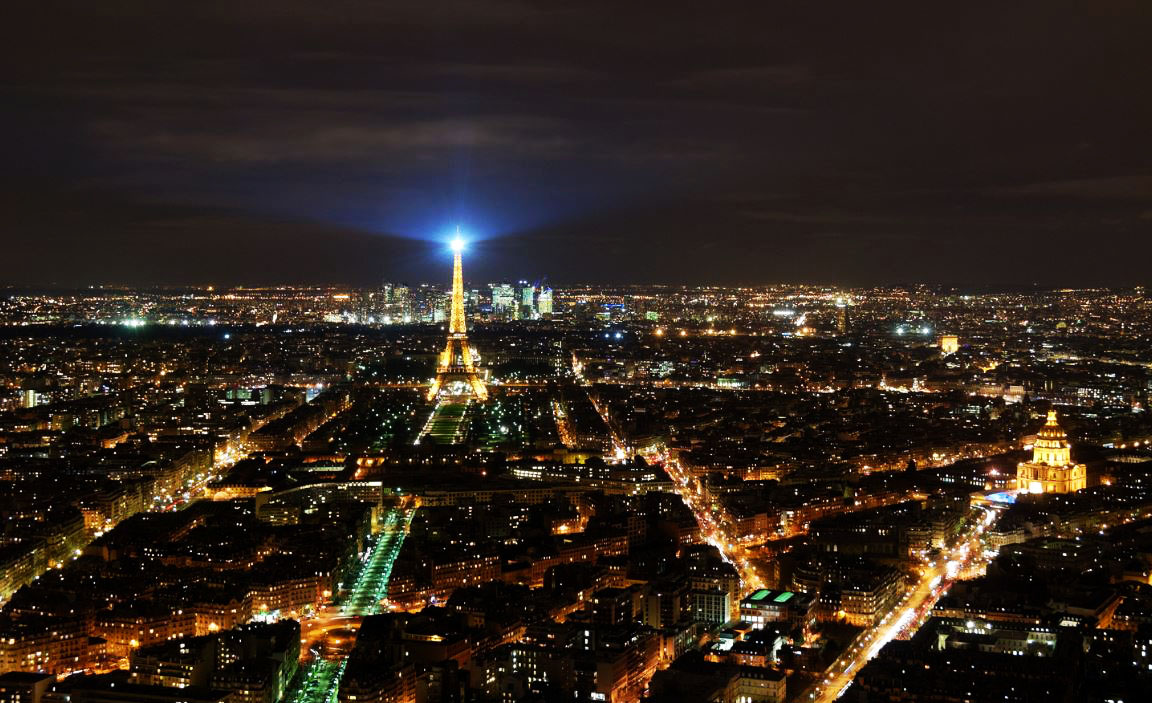 Seeing the light often means a change for the better, a religious enlightenment or even simply solving a puzzle. Let us show you a more literal definition and really see the wonders of light with fresh eyes.

For centuries humanity was confined by the rising and setting of the sun, unable to control light as we can today with the simple flick of a switch. Explore different aspects of one of the world’s most amazing marvels, whether it is natural,man-made or even animal-made.

There are all number of amazing places to watch the sun disappear beneath the horizon, but one of our absolute favourite ways to watch this daily ritual is at Big Sur in California. Soak up the views from the cliff top as the crimson sun slowly meets the Pacific before heading to the legendary Post Ranch Inn for a night of ultimate luxury ready to watch it all over again the next day.

Nowhere has taken the concept of light quite as far or as fast as Paris, often referred to as the City of Light. Here the French have been quick to devote a whole city to the changing face of light over the centuries. Unhappy with darkness, Paris became the first European city to adopt gas street lighting in 1822.

In 1860 George-Eugene Haussmann was ordered by Napoleon III to tear down the shadowy and unhealthy medieval neighbourhoods with their narrow alleys. In their place he produced areas of uniformity, open to the air and most importantly sunlight. This basic act transformed Paris, inspired great artists, authors and architects to help the city become the centre of enlightenment in Europe. Even today street lamps are dotted with art nouveau fixtures, adding to the architectural nostalgia of the capital. No other city goes to such lengths to create and maintain its retro-light identity.

People also travel thousands of miles to Borneo to experience a totally different take on light – fire flies. Once a fairly common site around the world, few places remain where these amazing creatures still thrive and the jungles of Borneo are one of our favourites.

Each night hundreds and even thousands of congregating fireflies (Pteroptyx valida) gather and put on a display that would not look out of place in Times Square. These tiny creatures flash on and off as a way to communicate with each other and attract a mate of the right species. On the right evenings trees will be completely covered with a strobe like effect making them look like a Christmas display in summer.

Today it is a privilege to see these performances and you must trek into the darkness of the jungle to bask in the wondrous light of the undisturbed fire flies.